Comments are an important part of any program. They help a person writing a program and anyone else who must read the source file, understand what’s going on.

Some comments on comments

Here are some examples of valid comments. 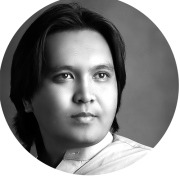